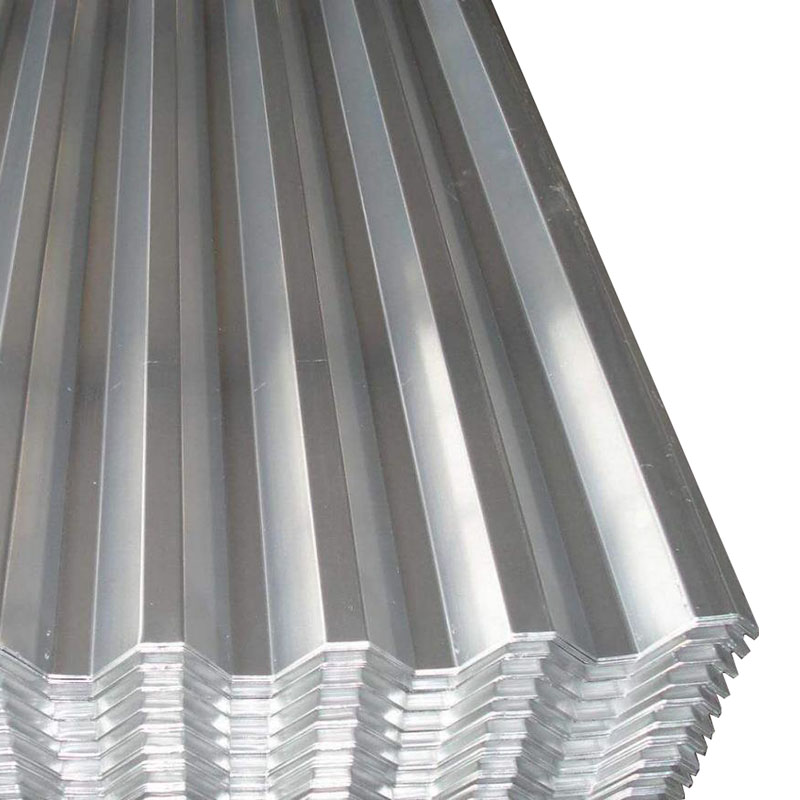 Silvery white light metal. Ductile. The product is often made into rods, sheets, foils, powders, strips and filaments. In humid air, it can form a layer of oxide film to prevent metal corrosion. Aluminum powder can burn vigorously when heated in air and emit a dazzling white flame.

Silvery white light metal. Ductile. The product is often made into rods, sheets, foils, powders, strips and filaments. In humid air, it can form a layer of oxide film to prevent metal corrosion. Aluminum powder can burn vigorously when heated in air and emit a dazzling white flame. It is soluble in dilute sulfuric acid, nitric acid, hydrochloric acid, sodium hydroxide and potassium hydroxide solution, but insoluble in water. Relative density 2.70. Melting point 660℃. Boiling point 2467℃. Aluminum is the third most abundant metal element in the earth's crust, after oxygen and silicon. 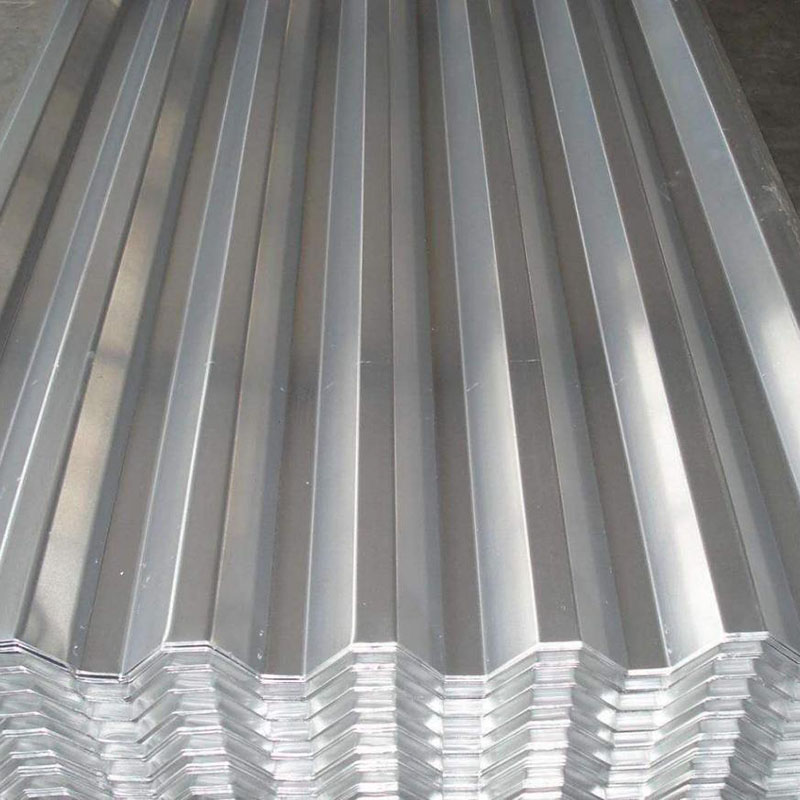 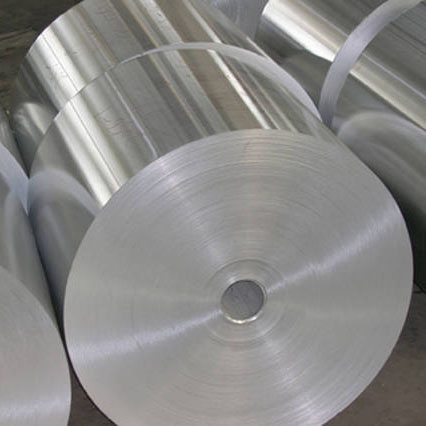 Aluminum is a silvery-white light metal. It has ductility. It is often made into columns, rods, sheets, foils, powders, strips and filaments.

It is widely used for its lightness, good electrical and thermal conductivity, high reflectivity and resistance to oxidation.

The use of a substance depends to a large extent on the properties of the substance. Because of its many excellent properties, aluminum has an extremely wide range of applications.

Aluminum and aluminum alloys are one of the most economical materials for a wide range of applications. Since 1956, the world's aluminum production has been the top non-ferrous metal, surpassing copper production. At present, the production and dosage of aluminum (in terms of tons) are second only to steel, becoming the second largest metal used by human beings; moreover, the resources of aluminum are very abundant, and according to preliminary calculation, the mineral reserves of aluminum account for more than 8% of the material constituting the earth's crust.

The light weight and corrosion resistance of aluminum are the two outstanding features of its performance.

Aluminum is second only to silver, copper and gold in conductivity, although its conductivity is only 2/3 of copper, but the density is only 1/3 of copper, so the transmission of the same amount of electricity, the quality of aluminum wire is only half of copper wire. Aluminum surface oxide film not only has the ability to resist corrosion, but also has a certain degree of insulation, so aluminum in the electrical manufacturing industry, wire and cable industry and radio industry has a wide range of uses.

Aluminum is a good conductor of heat, its thermal conductivity is three times greater than that of iron, so aluminum can be used in industry to manufacture various heat exchangers, heat dissipation materials and cookware.

Aluminum has good ductility (its ductility is second only to gold and silver), in 100 ℃ ~ 150 ℃ can be made of thin than 0.01 mm aluminum foil. These aluminum foils are widely used for packaging cigarettes, candy, etc. They can also be made into aluminum wire and aluminum strips, and can be rolled into various aluminum products.

The surface of aluminum is not easy to be corroded because of the dense oxide protective film, and is often used to manufacture chemical reactors, medical devices, refrigeration devices, petroleum refining devices, oil and gas pipelines, etc.

Aluminum powder has a silver-white luster (the color of metals in general is mostly black when in powder form), and is often used to make coatings, commonly known as silver powder and silver paint, to protect iron products from corrosion, and is beautiful.

Aluminum burning in oxygen can emit a lot of heat and dazzling light, commonly used in the manufacture of explosive mixtures, such as ammonium aluminum explosives (from ammonium nitrate, charcoal powder, aluminum powder, soot black and other combustible organic mixture), combustion mixtures (such as bombs and shells made with aluminum thermite can be used to attack targets difficult to catch fire or tanks, artillery, etc.) and lighting mixtures (such as containing barium nitrate 68%, aluminum powder 28%, wormwood 4% ).

Aluminum thermite is often used to melt refractory metals and welding rails, etc.. Aluminum is also used as a deoxidizer in the steelmaking process. Aluminum powder and graphite, titanium dioxide (or other high melting point metal oxides) in a certain ratio of uniform mixture, coated on the metal, by high temperature calcination and made of high temperature resistant metal ceramics, it has important applications in rocket and missile technology.

Aluminum sheet also has good reflective properties of light, reflecting ultraviolet light stronger than silver, the purer the aluminum, the better its reflective ability, so it is often used to manufacture high-quality reflectors, such as solar stove reflectors.

Aluminum has sound-absorbing properties and better acoustics, so aluminum is also used in broadcasting rooms, ceilings in modern large buildings, etc. Low temperature resistance, aluminum in the low temperature, its strength instead of increasing without brittleness, so it is ideal for low temperature device materials, such as refrigerated storage, freezing storage, Antarctic snow vehicles, hydrogen oxide production equipment.

According to the composition and production process of aluminum: raw aluminum and cooked aluminum Raw aluminum: composition: less than 98% aluminum, brittle and hard, can only turn sand casting products. Cooked aluminum: composition: more than 98% aluminum, soft in nature, can be calendered or rolled many kinds of utensils.  According to the content of the main ingredients of aluminum ingots can be divided into three categories: high grade pure aluminum (aluminum content 99.93%-99.999%), industrial high purity aluminum (aluminum content 99.85%-99.90%), industrial pure aluminum (aluminum content 98.0%-99.7%).  According to the classification of use: Aluminum ingot for remelting: containing 95%-99.7% aluminum, sold as raw material for further processing. Refined aluminum: With special grade aluminum as raw material, aluminum containing 99.93%-99.996% aluminum is generally obtained by three-layer liquid electrolytic refining method, which is highly used in electric, chemical and food industries due to its high corrosion resistance and high electrical conductivity and plasticity. High-purity aluminum: Aluminum containing 99.999% is obtained by directional solidification and purification method with high-quality fine aluminum as raw material, which can be used in the preparation of high-purity materials and reflective materials. Aluminum wire ingot: containing 99.5%-99.6% aluminum, used for rolling aluminum wire in cable factories. Plate ingot: containing 98%-99% aluminum, for aluminum processing plant for calendering plates. Round ingot: It is the semi-finished product of aluminum electrolysis plant, providing extruded ingot bad for extrusion machine of aluminum processing plant.